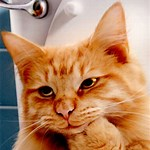 The author Bill George in his book True North states “it is how you understand yourself through your story that matters, not the facts of your life.”

At 75 I have lived a lot of stories with good and bad facts behind them. Each one has taught me something that can be used for the next story coming my way.

True North is your orienting point - your fixed point in a spinning world - that helps you stay on track as a leader. It is derived from your most deeply held beliefs, values, and the principles you lead by. It is your internal compass, unique to you, representing who you are at your deepest level.

Who do you run to when the world is spinning?  I use to run to my own thoughts but learned they are up and down due to my emotions.  At times I ran to my friends but they were as emotional as I was.  The government say look to them for our true north which will really get your head spinning.

Yesterday I happened onto a site,  https://www.gotquestions.org/Jesus-true-north.html, that said everything my heart wanted to say about who my true north is, Jesus Christ.

When we say that Jesus is our true north, we mean that He is the constant, unchanging source of truth and life. He is “the same yesterday and today and forever” (Hebrews 13:8). The philosophies, theories, concepts, and schemes of mankind are constantly shifting. “But the word of the Lord endures forever” (1 Peter 1:15; cf. Isaiah 40:8).When we say that Jesus is our true north, we acknowledge that we live in danger of being “tossed back and forth by the waves, and blown here and there by every wind of teaching and by the cunning and craftiness of people in their deceitful scheming” (Ephesians 4:14). In such a tempestuous world, we need to plot our course by the coordinates provided by the Lord Himself. We can avoid making shipwreck of our lives by “fixing our eyes on Jesus” (Hebrews 12:2).When we say that Jesus is our true north, we glorify the Lord who defines justice and righteousness. Moral standards that align with His nature will keep us on the correct course, just as a compass that aligns with true north keeps us moving in the right direction. “As for God, his way is perfect: The LORD’s word is flawless; he shields all who take refuge in him” (Psalm 18:30).When we follow Jesus as our true north, we must disregard the many distractions and influences in the world that would alter our course. Just as the readings of a compass may be corrupted due to nearby objects, so we are prone to be swayed by various attractions in the world. We must constantly calibrate ourselves to the example of our Risen Savior. Our spiritual needles must point to objective truth and not turn after subjective opinions, vacillating values, or erratic rules. We must be like the man who built his house on the rock, not the sand (Matthew 7:24–27).True north is a precise direction, and, no matter where you start on the globe, true north will lead you to the same location. There is nothing erratic or misleading about true north. It transcends geography, locality, and lesser pulls. For those who are lost, true north is a welcome blessing. And Jesus Christ is an even greater blessing to those who are spiritually lost.

Deer fight to gain, or retain, dominance. Although mainly associated with aggressive bucks that are pumped up with burgeoning levels of testosterone, fighting is not restricted to bucks; female roe deer also engage in battles with others of their own kind too, albeit, less frequently than the bucks.
If you watch animal documentaries you will find all animals fight to gain or mark their territory.  It's just not the wild animals that fight, domestic ones do too, and men fight like animals sometimes.
It's hard not to think about fighting with the battles for Ukraine on every TV station. It's a battle to gain dominance with the destruction  getting worst every day.
There is always destruction when there is fighting.  Those deer get their antlers broke, and those antlers cut the hide and they sometimes bleed and die.  People get shot, stab, and drowned, and even when they live after a fight they live with destruction in their bodies and minds.
That quote by Reagan is popular and sounds like the perfect remedy for ending a fight but if one party wants to dominant there will be no peace.  It takes two parties to bring peace.  In war if one party is pursing peace and that other is not, destruction will follow on both sides really.
Below is a paragraph from my Facebook friend, Zee whose heart is broken by a fight in her country as she watches it be destroyed and people killed right now by a fight she did not start.
(During this time of war, I have been reflecting a lot on how my understanding of numerous Bible passages has changed and transformed. I have always been a peace-loving person and I don't like conflicts between people. As a result, I often couldn't truly understand David's psalms, for example, where he was calling for God's wrath on his enemies. The reason? I never really had enemies. I had people
who disliked me, but enemies?)
God is gonna end all fighting someday. Do I know when? Nope. Do I know how? Yep, read your bible and you can know too.
Matthew 24:36 - But of that day and hour knoweth no [man], no, not the angels of heaven, but my Father only. Luke 21:25-26 - And there shall be signs in the sun, and in the moon, and in the stars; and upon the earth distress of nations, with perplexity; the sea and the waves roaring;
Until then, lets pray with a pure heart that God comfort those who are suffering all over the world.  Lets pray God give you and I courage to witness to the lost.  Lets pray
for my friend Zee and her family.
This could be the day Jesus is coming back to get the believers.  It could also be 100 more years before He does that too.  But mark my words, HE IS COMING.

The Rat and the Cat This is my blog and Facebook friend, Zee Gimon and along with her family, they live in Ukraine. At first, Zee and the two children were hunkered down in their own place while her husband did his duty on the defense team. Because he was gone a lot, she and kids decided to move into their church basement with a few others.

As the war continued, they decided to move to her mothers and fathers for the support. Everyplace they have been there is danger. They can hear the bomb falling, the sirens going on to warn of an attack.

This update was written while they were in the church basement. Zee is a powerful writer and a courageous wise hearted woman of faith.

I picked this update because there is a powerful truth in it that if practiced there would be no more wars. I am encouraged by the rat and cat in her real life story.

This was written on March 3rd by Zee.

When I first came to the shelter a week ago with our two kids and a cat in tow, I was surprised and worried that our friends brought their rat with them.

A cat and a rat in close compartments - what can go wrong?
But actually, both animals turned to be indifferent to each other. If anything Athena the cat was afraid of Remy the rat.
Today, after a week of being together, Zhenya handed me Remy and as he settled in the crook of my arm, Athena looked at me with a “That is my place” expression.
“There is still place for you. Come on over,” I told her and she did.
The animals met, sniffed each other, Athena gently licked Remy’s side… and they settled in next to each other for warmth and comfort.
So sweet.
If only people could lay aside their differences and ambitions and just peacefully live next to each other without trying to take over someone else’s possessions.
These two animals give me hope.