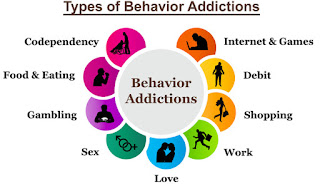 Lately I have been struggling with an addiction that really my husband only knows about.  In fact I have enticed him into my addiction  a few times.  The place I buy my drug of choice has been out of them for almost two months. I found myself looking for an excuse to go to this one store to see if they had gotten more but so far none have shown up.  I have tried other products similar to them but they do not cut the craving I have.

I know a little about addictions because for  20 years I smoked heavily.  I got saved  Oct. of 1980 and the Spirit of God begin to convict me of smoking. It was so hard to quit or I should say, try to quit. I would decide today is the day that what ever I had left in the pack I would throw away only to find myself hours later digging through the garbage trying to find at least one that was not coffee soaked. It went on that way for about a month and finally I totally laid them down. Then the full blown withdrawal started. My head hurt, my nerves was shot, I could not sleep and I was worried I would not be able to make it through Christmas with our family who all  smoked.   The withdrawals do subside  and about a month later it was gone but then I had to face the time with family.  By the grace of God I was able to make it through the first holiday gathering without smoking. Never smoked again.

Another addiction I had was Pepsi, drank it every day, a lot everyday.  Then I started getting kidney stones and guess what the doctors told me to give up?  Of course it was Pepsi, soda is filled with acid.  Gave up coffee too, another addiction.

I am a stress eater and we all know there is no getting away from stress.  My extrovert personality brings stress on myself at times by me over doing.  For years I used Lays potatoes as another  drug of choice.  I had a dear friend who knew how much I loved Lays chips so she send me two bags when we lived in Papua New Guinea.  She bought a hard plastic container to put them in so they would not get crushed and they made it half way around the world to my house sitting on the ocean with jungle all around me.   Never has anything tasted as good as those chip when I opened them. I shared one bag and ate the other all by myself.  I finally broke myself of eating them everyday and hardly buy them now.  Living in a 5th world country will break a lot of bad habits.

Some of you know I had double bypass surgery two years ago.  In fact I had three blocked arteries but the one in the back of my heart they could not get a bypass sewed onto it, so there it sits, inside my heart all clogged up.  You would think knowing that I would not be prone to anything that would hurt my health.  Yet this one little item has captured my taste buds.   If only I could continue with my addiction and not harm myself I would, that's how good it taste. 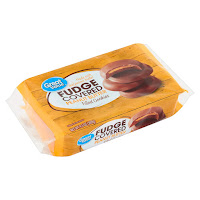 Food is my drug of choice,  not just any food , but sugar, specificity chocolate, more specificity, Walmart brand, Great Value Chocolate covered peanut butter cookies.  When they were in stock I would buy four or five packs so I would not run out.  Of course I used the excuse I would use them for snack for my bible study or share with my Grandchildren.  Yeah sure.  Step one has been admitting I am addicted. Step two is breaking it.  So I have been doing some research.

“People often use sugar-rich foods to self-soothe and make themselves feel better. Sugar releases chemicals in the brain that make us feel good. It releases dopamine and opioids in our reward systems in the brain.  We have an innate, evolutionary desire to like sweet things… But in our modern food environment, we are in a state of food abundance, and the amount of sugar in just one serving of many of the processed foods out there is more than what is recommended for consumption in an entire day.”


In my quest to get rid of my sugar addiction I came across a quiz to see if I really was addicted to sugar.  I failed it.

I started this post a few days ago and yesterday after church planned on finishing it.  After church we went to Walmart and guess what was back on the shelf?  What did I do?  Walk away, reach for apples or oranges instead, pray, buy a new outfit, pray??  Nope, I bought 3 packages of my addiction.

Then this morning in my devotions I read this:  With out the rescue of God's grace, we are all wise fools heading for danger we simple don't see.  So we eat more than we should while denying the physical, empirical evidence of our foolishness.  We spend ourselves into hopeless debt and are surprised when we can no longer pay our bills.  We live selfishly and judgmentally in relationship and then wonder why so much tension and distance exist between us.  That's why Paul says, "For the foolishness of God is wiser than men and the weakness of God is stronger than men" (I Cor. 1:25). Paul is saying that if it were possible for God to be foolish, His most foolish moment would be infinitely wiser than our most wisest moment.  How humbling!  Paul Tripp Like I said, I have taken step one, admitting I am addicted to those little round chocolate filled peanut butter cookies.  Some say it's not good to "cold turkey" quit something that is bad for us.  So I am going to try limiting myself to two little cookies a day, which I just had with my tea.

What do you think, cold turkey, limitation, eat apples and oranges instead?  What has worked for you in the past?


“People often use sugar-rich foods to self-soothe and make themselves feel better. Sugar releases chemicals in the brain that make us feel good. It releases dopamine and opioids in our reward systems in the brain,” Avena tells Yahoo Lifestyle. “We have an innate, evolutionary desire to like sweet things… But in our modern food environment, we are in a state of food abundance, and the amount of sugar in just one serving of many of the processed foods out there is more than what is recommended for consumption in an entire day.”
In my quest to get rid of my sugar addiction I came across a quiz to see if I really was addicted to sugar.  I failed