I am not built to be a prisoner. 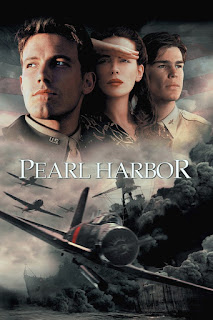 Yesterday I settled down to watch a familiar movie, Pearl Harbor. It's an easy movie for me to fall asleep to because I know what is going to happen so the plan was to take a 20 minutes nap during it. It's mostly a love story set in the true story of the bombing of Pearl Harbor.  There are some favorite parts I look forward to seeing again and again for each time I get that same rush of emotions for the courage displayed by the characters.

This time, because of some discouragement I was viewing  those favorite parts on a spiritual level.

The first favorites takes place in Washington at the White House where President Roosevelt is meeting with top advisors over the surprise bombing of Pearl Harbor.  They are discussing the death toll and horror taking place even at the time of that meeting.  Roosevelt had ask congress to declare war. Some in the room were speaking negative against this. Several spoke,each telling why American cannot go to war with Japan.

It gives me cold chills every time I watch the  part where the president responds to his advisors.

"Gentlemen, he says, most of you did not know me when I had the use of my legs. I was strong and proud and arrogant. Now I wonder every hour of my life... why God put me in this chair. But when I see defeat in the eyes of my countrymen... in your eyes right now, I start to think that maybe he brought me down... for times like these when we all need to be reminded who we truly are-- that we will not give up or give in.  One of his military advisor said, Mr. President, with all respect, sir. What you're asking can't be done.  The President then starts to straighten out his legs and with his hands pull himself up to a standing position.  His man servant tries to get him to stop but the President tell him to step aside.  Even some of the men around the table start to rise to help him but he refuses their help to.  Slowly, painfully he stands and say with courage , "Do not tell me... it can't be done."

For me it was one of the most powerful parts of the movie because these are the word I have been saying in the face of the devil, the enemy of my soul who does not want me to write a book by telling me it can't be done and then proceeds to pour reasons in my head which has discouraged me.  I made a list of all the reason I have been thinking I should just quit writing.  I won't print them here but I may use them in the forward of my book.

There is another  part of the movie that I will set up for you.  The president has ask Colonel  DoLittle  to lead a mission to bomb Japan, to take out tank factories and aircraft factories.   There were homing beacons put on the planes to help them return.  One of pilots ask, what if the beacons are turned off? The Colonels answered, you bring them down any way you can and do your best to avoid capture.  Another questions was about if their planes were damaged and they had to bail out over Japan?

DoLittle said, Well, in that case I can't tell you what you should do. He then was ask, Colonel, what would you do?  Here it come, my other favorite part, DoLittle says, I wasn't build to be a prisoner. So I would have my crew bail out and I would find the sweetest military target I could and drive my plane right smack into the middle of it.

Again, pure raw courage that comes from knowing exactly how he was built.  Let me repeat his answer, I was not built to be a prisoner.

God did not build us to be prisoners of the devil who wants to kill and destroy.  Again, because of where my heart has been lately this words of courage in the movie lifted my spirit  and brought home some deep spiritual truth.  I am a daughter of the Most High King, not a prisoner of the devil, he has no rights on me.  And God has equipped me  with a suit of armor to protect me as the battle rages.  Nobody, no thought, no fear can take me captive unless I allow it.  God has bought and paid for my freedom with the precious blood of Jesus.

Maybe God speaking through a movie is a little dramatic for you but the God I serve meets me in the strangest place to encouraged my soul.  I was reminded of the women who prayed for me at the Retreat I attended last week.  The story of Nehemiah rebuilding the wall was pretty dramatic, I mean they carried a sword and a plow as the built. God is not picky about where He meets us, and He is not above using the words from a Hollywood movie on a real event to encourage this saint of God.

It worked, here I sit writing all about it and before I wrote my post I was doing some more writing on my book.  Got my battle armor on  and my finger on the keyboards.  Get out of my way devil, I am a free women.

How about you, has God spoke to you through an unusual way?