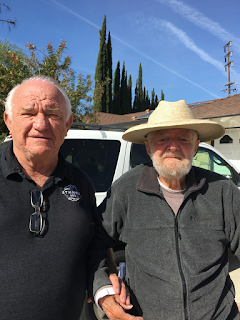 This picture was taken about four weeks ago before we knew how dangerous this latest virus was going to be. We were leaving on a ministry trip to northern California to visit some missionaries. Driving back to southern Ca. we had no idea how life was going to change for us. Right off the bat we were told to stay away from large groups of people, then medium groups, then even small groups. Unless it was a matter of life or death, just stay home, no grocery shopping, no movie going, no church going, no going, period, be safe, stay sequestered.
Ace and I have been sequestered before. Once in S.A. when the Shinning Path rebels crossed the border from Peru and rumored to be hiding out in the mountains near where we lived. Thank God they were never found so that passed. Several times we were not able to travel due to unrest in the country.
In another country a village next to us was being burned out by what they call rascals, or as we say in the states, a bunch of hoodlums. Now that was a scary time too, we were told to stay in our houses, to not go out, or get involved, that was a hard one. That one passed quickly and no one was killed.
I thought about the many earthquakes we’ve experienced. One big one hit Ind. which was suppose to cause a tsunami that would even hit us. Everyone at the support center went to the highest place on the property and we sequestered ourselves in that house. There was a small going out of the tide and even smaller wave coming in. A lady from the nearby village wanted to stay with us since we had a ham radio to call out on and get news. Again, no one was killed in our area.
I could fill this page up with story after story but I think you get the idea. We get being sequestered and how it can save our lives. The USA is a first world country and yet we’re being impacted by a virus that is very dangerous and taking lives.
Ace and I have stayed busy touching base by phone, text, emails, and even sending a letter or two. Watched a lot of TV, news, learning new stuff from YouTube. Ace is helping me switch to WordPress. As of today I am going to start back working on my book. It’s easy to get so lazy when one is house bound most of the time. Since we share a house with out son and family, the three grandchildren keep things from getting boring.
Ace has gotten a new friend who lives next door in a care house. Jack is 96 years old and twice a day Ace takes him coffee and he listens to Jack stories. Honestly if we were not sequestered to our house and yard he would not have got to know Jack so well. We were suppose to be gone the last week of March and all of April on a ministry trip which now is cancelled.
This relationship between Ace and Jack has been good for both of them. Ace feels useful visiting Jack daily. He has no family except a nephew who does not live close and we share a house with our son and family so we are surrounded by family daily. Jack is alone except for his care givers who are too busy to just sit and listen to Jack. They are practicing the six foot rule when visiting, no handshaking, no hugs. Sometimes Ace comes home from his visit with Jack in tears because Jack was in tears as he tells story after story about his life. He is a book just waiting to be written. Ace ask him what did he contributed his long life too. Eating dark chocolate, put lemon in his orange juice and eat honey instead of sugar.
‘
This sequestered time will be known as the “Ace and Jack” time. just as Shinning Path will remind us of S.A., a village burning will remind us of another time. It’s the stories in our life, especially the hard times that God sends to teach us there is never a time He does not want to use us.
What stories has come your way during this trial of a new virus that is killing some, and sending shockwaves all over the world? Will you look back on it as an opportunity to help someone, learn a deeper trust? It’s in these times of troubles God calls us to stand firm in our faith and don’t waste our trials.